STS(Static Transfer Switch), is an automatic static switching equipment designed to transfer critical loads between two independent AC power sources without interruption or with a transfer time of less than a cycle (20ms).

The STS consists of Silicon controlled rectifiers (SCR’s), control & sensing circuits to monitor the incoming sources and transfer the critical loads connected to the secondary source when the primary source fails. The schematic of an STS is shown below (figure 1)

The availability of the STS is based on the major components which are used like Static switch, its driver, power supply and the common circuits which include sensing circuit, microcontroller/DSP, cooling system as shown in figure 2.

The static switch, driver PCB’s and the power supply are parallel components. The common circuits are series components. The overall availability of STS is shown in the below table.

The table also shows the availability of an STS without any specific internal redundancy and with an assumption of natural cooling to achieve the highest availability. On the other hand, if the STS design requires a forced air cooling the reliability comes down as the fans are consumables and are subject to failure which can impact the performance of STS.

From the table referred in the previous page, it is evident that the chances of the failure is low, which increases the overall availability of STS. 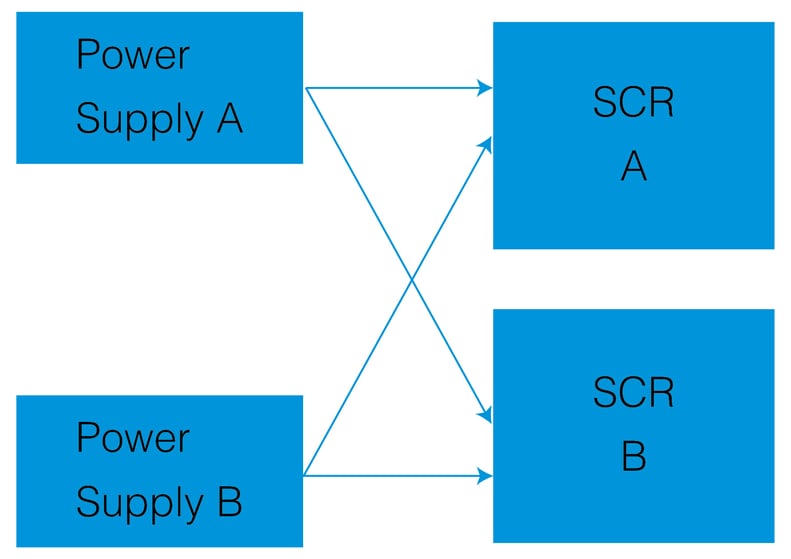 The static switch consists of an inbuilt manual bypass (as shown in fig 1) to ensure the availability of the power for the critical loads connected to the STS.

The availability of STS can also be improved by reducing the MTTR, by using hot swappable STS modules instead of conventional monolithic construction.

Comparison of reliability of power distribution system with UPS & STS

Although this configuration provides the redundancy at UPS level, there is still a possibility of a single point of failure, which is the common parallel bus (a rarest scenario).

Disadvantages of the configuration includes

These above mentioned disadvantages can be overcome by optimising the system design using an STS and the common parallel bus is replaced with a three independent STS with a criss-cross connection as shown in the below table. 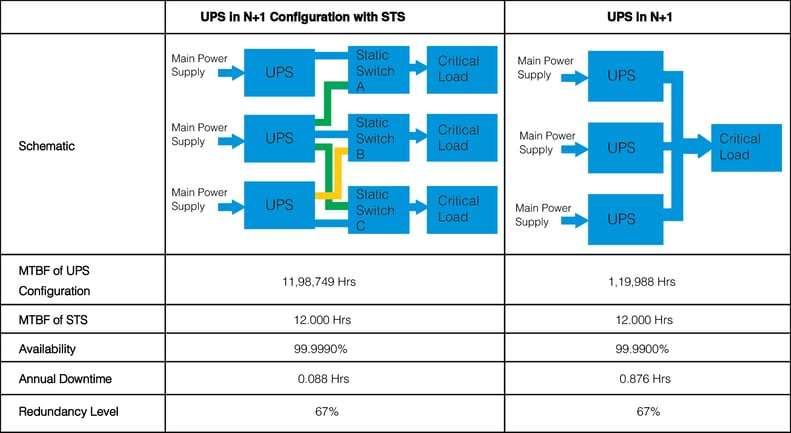 This configuration helps us to have

It is also evident from the table 2, that the implementation of an STS will improve the MTBF and the availability of the critical loads.

In addition to the improved availability of power for the critical loads, the implementation of STS will also provide additional advantages like