Power distribution systems, ideally, should provide their customers with an uninterrupted flow of energy with a clean sinusoidal voltage at the contracted voltage level (132kV, 66kV, 33kV, 11kV, 415V) and frequency (50Hz in India). However, in practice, power systems face a variety of challenges either from generation, Transmission & Distribution (T&D) or even within a customer facility which impacts the quality of power. These power quality issues can affect the uninterrupted operation of customer loads, but the safety-related issues can reduce the life of the connected loads and electrical equipment. A customer having numerous nonlinear loads can also affect the quality of power supply and the purity of the voltage waveform is lost which can affect other loads within the facility or even outside the customer facility. Apart from nonlinear loads, some system events, both usual (e.g. capacitor switching, motor starting) and unusual (e.g faults) could also inflict power quality (PQ) problems. 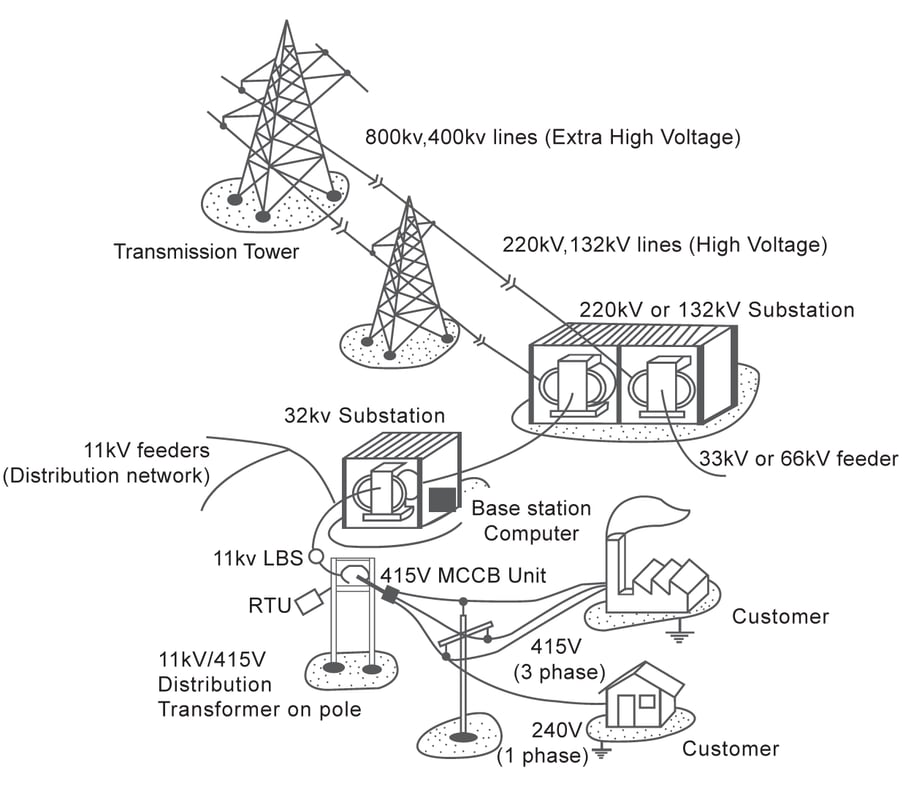 The increased sensitivity of the vast majority of processes and equipment (industrial, commercial, healthcare, services and even residential) to PQ problems turns the availability of electric power with quality is a crucial factor for competitiveness in every sphere of business activity. Today any interruption of business operations due to poor power quality has a direct impact on the profitability of an enterprise. The most critical areas are the continuous process industry and the information technology services. The increasing use of automation and electronic devices also make business enterprises today more susceptible to the power quality issues.

Power quality disturbance can be defined as the deviation of the voltage and the current from its ideal sinusoidal waveform. Good power quality is of utmost importance in order to provide uninterrupted power to the service sectors as well as others for economic growth and also to prevent equipment damage.

There are a number of electrical devices that have nonlinear operating characteristics i.e even when the applied voltage is sinusoidal in nature, the current drawn by the device is nonsinusoidal in nature. These nonlinear devices used in power distribution circuits create nonlinear currents and which subsequently causes voltage distortions. These nonlinear currents and voltages have been generally referred to as harmonic currents and voltages. The proliferation of electronic switching devices in modern equipment has resulted in a significant increase in the amount of harmonic pollution in the electrical distribution systems. These harmonics if disregarded or undetected may cause harmonic resonant conditions which could present system operating problems resulting in complaints from customers and reduced life of power equipment as well as lower efficiency and performance. Harmonic currents and voltages can cause many unfavorable effects on the power system itself and the connected loads. Malfunctioning of electronic equipment, capacitor failure, transformer and neutral conductor overheating, excessive heating in rotating machinery are some of these effects.

Harmonic currents are generated by non-linear loads such as, 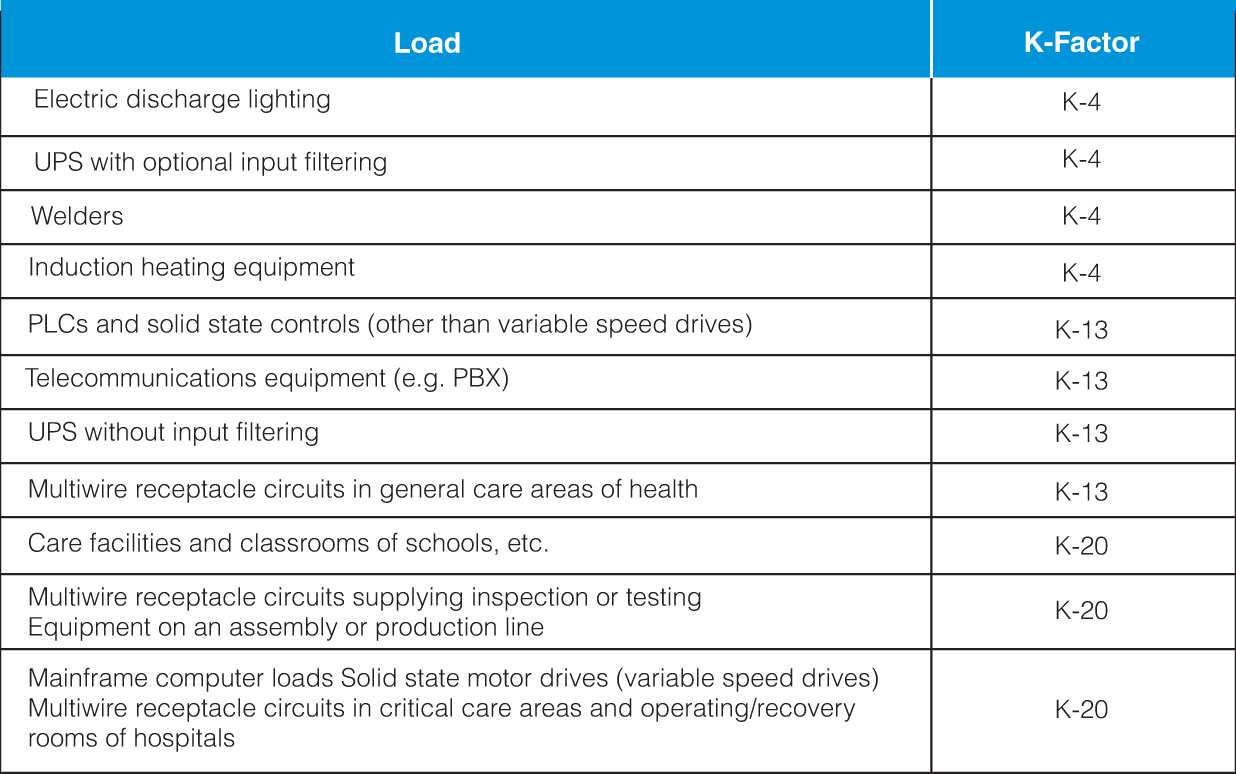 Positive sequence harmonics ( 4th, 7th, 10th ,…….(6n+1) th) have the same phase rotation as the fundamental component. These harmonics circulate between the phases.

Negative sequence harmonics ( 2nd, 5th, 8th ………(6n-1) th ) have the opposite phase rotation with respect to
the fundamental component. These harmonics circulate between the phases. 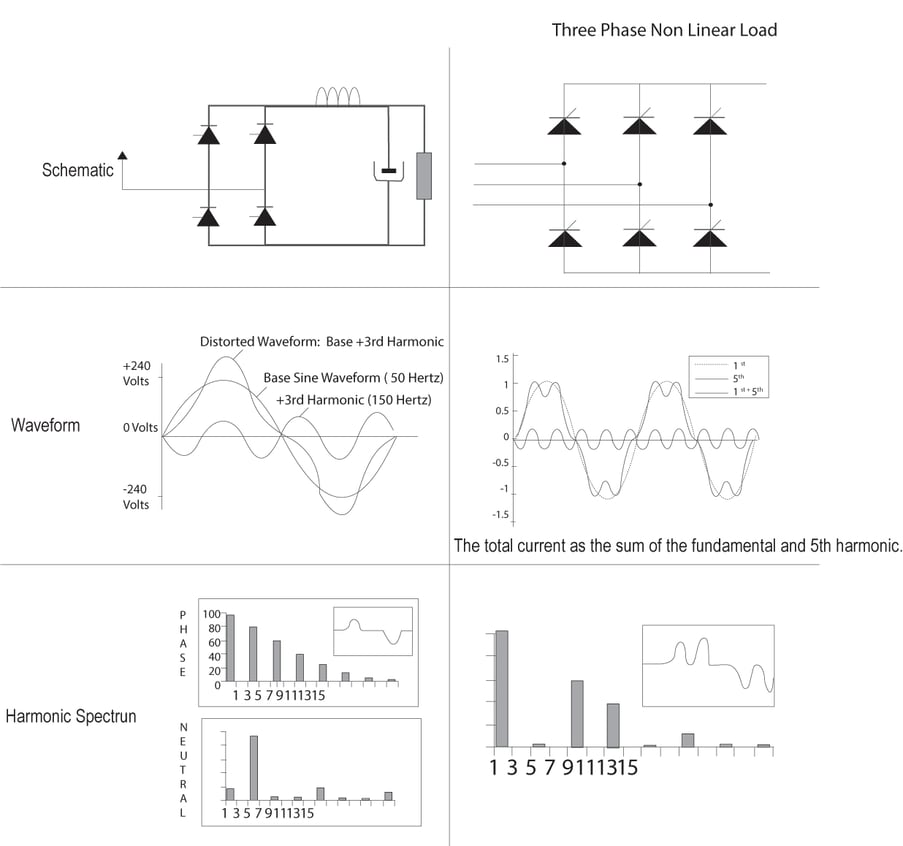 Grid Side Impact of Harmonics

Customer Side Impact of Harmonics

Impact of Harmonics on Power Factor

Impact of Harmonic Current on Neutral Conductor & Its Mitigation Techniques

These single phase loads produce harmonics and the harmonic currents of each phase get added up and flow through the neutral cable of the distribution system (as shown in fig 3). With the use of more nonlinear loads, the harmonic in the electrical system has increased. These harmonic currents can create the overload in cables and the upstream infrastructure. 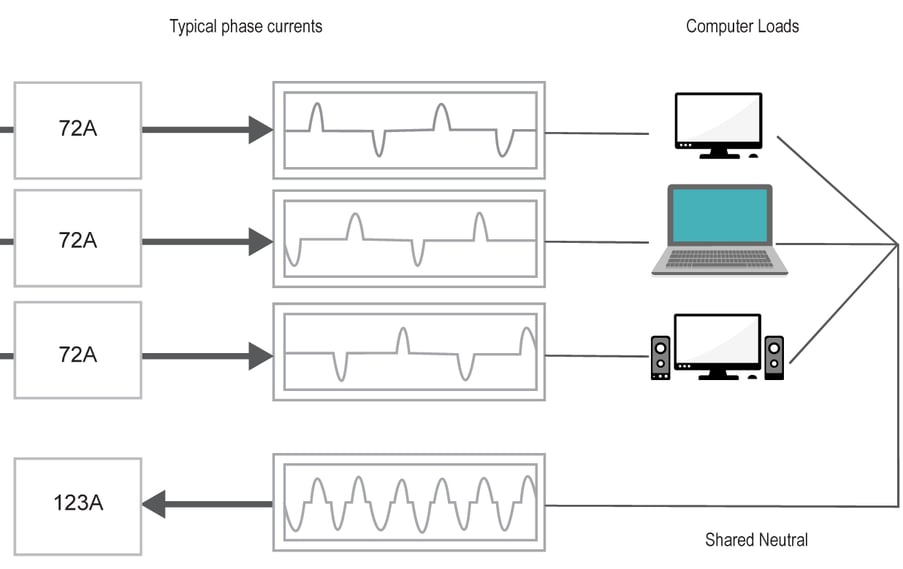 The maximum amount of neutral current for a personal computer load is 173% of the phase, although few systems reach this theoretical limit

Instead of oversizing the neutral, a K rated Delta Star Isolation Transformer or a Zig-Zag Winding Transformer can be used to isolate the harmonic producing loads.

K rated transformers will be able to handle the heat generated by harmonic loads. The winding conductors are specially configured and sized to minimize heating due to harmonic load currents. Cores are specially designed to maintain flux core density below saturation due to distorted voltage waveforms or high line voltage. 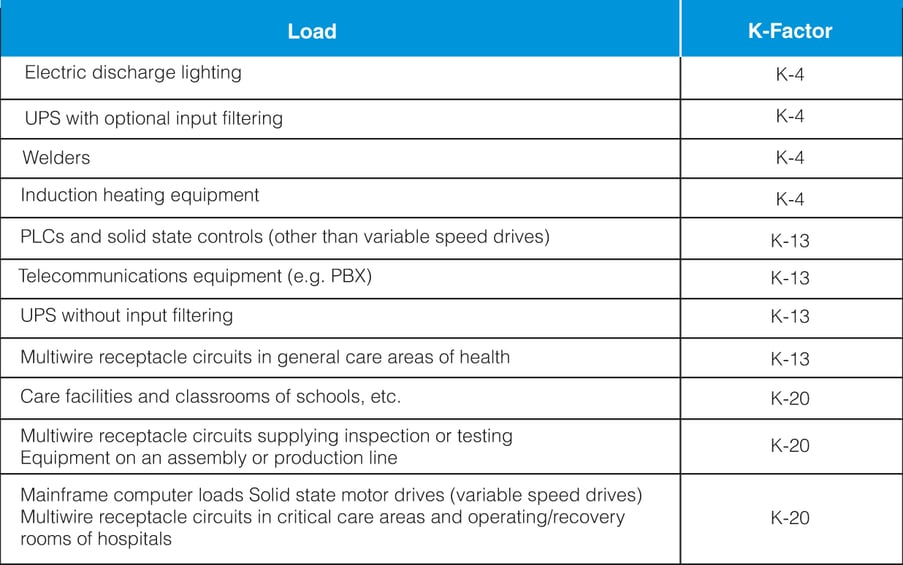 The Zig-Zag connection is used in transformers to trap triple harmonic (3rd, 9th, 15th, etc.) currents. Here, we install Zig-Zag Transformers near loads that produce large triple harmonic currents. The windings trap the harmonic currents and prevent them from traveling upstream, where they can produce undesirable effects. While both delta star and Delta Zig-Zag can help eliminate triple harmonics in the primary circuit, there is no phase angle displacement between the primary and the secondary circuits in a Delta Zig-Zag Transformer unlike a conventional Delta Star Transformer. 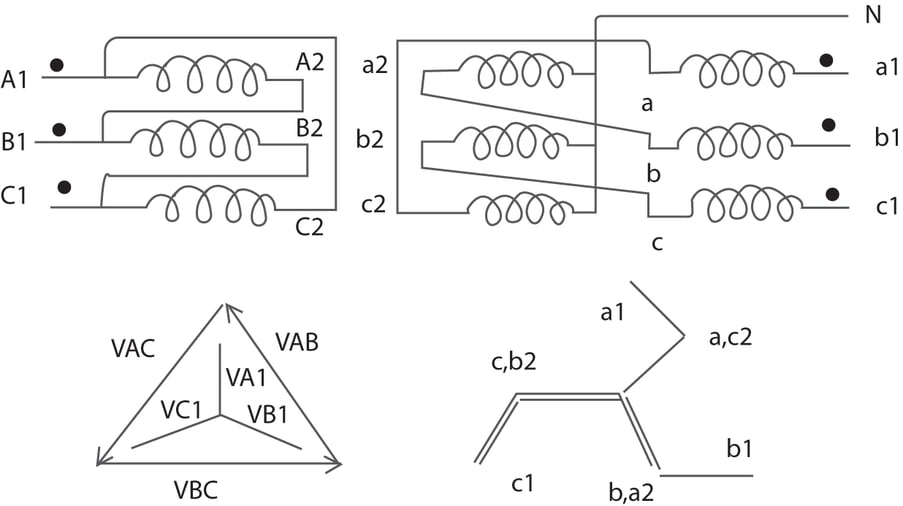 Choice of power protection depends on site power conditions & cost of downtime for each individual customers based on the number of power quality events experienced by a site superimposed on the voltage tolerance curve of equipment.

If the site has chronic issues on lower voltage which goes below 80% of nominal, then the site must be protected with a Servo Controlled Voltage Stabilizer or OLTC (On Load Tap Change Transformer).

If a site experiences voltage drops below 70% or momentary outages greater than 20ms, then the equipment will malfunction unless protected by a UPS (Uninterruptible Power System)

UPS is designed typically only for 10-15 minutes of backup to optimize battery cost. UPS acts as a backup source till DG is turned on. 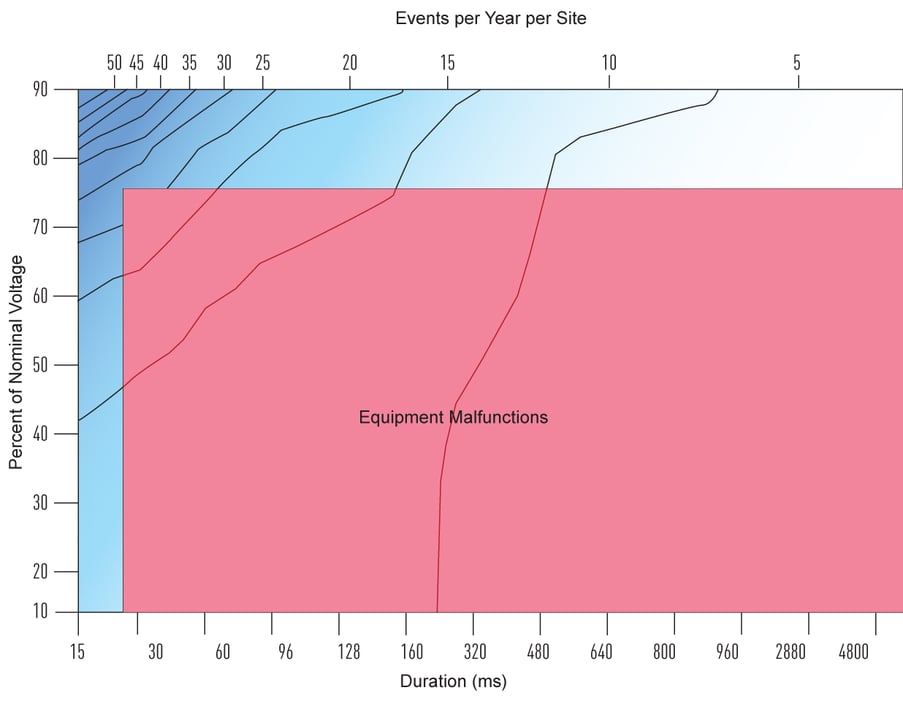 UPS system has become a vital component in managing the critical power infrastructure and to guarantee the availability of power for the critical loads in any environment for multiple applications. There is also a growing demand to optimize the performance, energy efficiency and the total cost of ownership of UPS System without compromising the uptime or the reliability of the electrical infrastructure.