Choosing the right UPS to suit the needs of different applications is a major task. Power requirements vary according to the type of application (such as critical or non-critical), kind of equipment being protected and the environment it has to be placed in. Moreover, factors such as lifecycle costs, reliability, manageability and serviceability among others must be taken into account before installation.

Is a system where the UPS is installed in a centralised location like electrical panel room, and then the power is distributed across the facility to support the critical loads generally of larger capacity. The capacity is decided based on the load level, future expansion plan and the redundancy levels required.

Is a system where a dedicated UPS is installed near to the loads like a rack mount UPS mounted on the server rack for server’s applications or 600 VA /1KVA UPS for desktop computers. 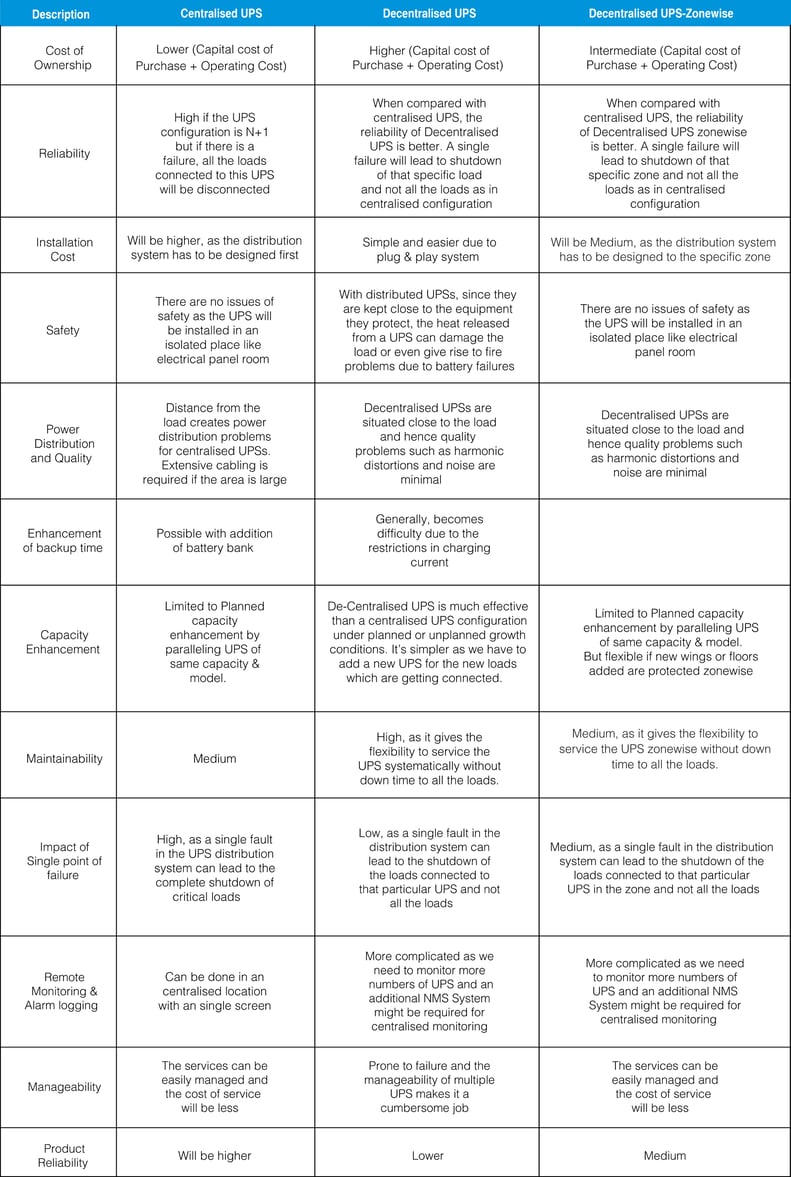 The decision on which system best fits a particular situation often depends on three factors: operations, reliability and management.

In addition, each option has its own advantages and disadvantages, but by giving full consideration to each UPS solution and the needs of the load and the requirement of organisation, the designers can better determine which of these strategies is best suited.